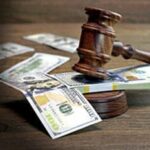 The owner and CEO of a New York business has been indicted in New York State Supreme Court in connection with an ongoing investigation. The Manhattan District Attorney’s Office announced the indictment of Michael Cholowsky, chief executive officer of Sky Materials Corporation. The charges come after an investigation initiated last year in the connection a construction site fatality in New York City in April, 2015. According to court documents, Cholowsky was charged with first and second degree fraud, as well as Offering a False Instrument for Filing in the First Degree. Prosecutors say that Cholowsky misrepresented or hid information about his payroll and intentionally understated the number of workers in his employ.

The investigation that led to these charges began nearly a year ago, when a 22-year-old employee of Sky was killed in a trench collapse. The preliminary investigation indicated that Sky and its on-site foreman had been criminally negligent in failing to adequately ensure the safety of workers. The foreman and others were charged with manslaughter, as well as criminal negligence.

Get A 100% Free
Case Evaluation

Employer Did Not Report Injury in a Timely Manner: What Should I Do?

How Long Do I Have To File a Claim for Work-Related Injuries?

What Not to Do While on Workers’ Comp in New York

Will My Disability Benefits Change When I Turn 65?